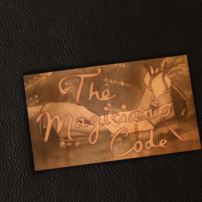 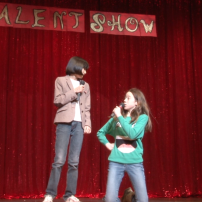 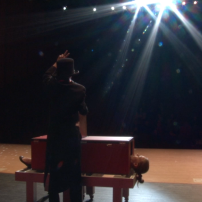 Have you seen the ASIJ Middle School movie, “The Magician’s Code”?  These are just a few elements of the 45-minute blockbuster film created after school by the Movie Production club.

The project began in November when students chose an original story idea by seventh graders Ava Hall and Katie Sanford.  The idea was developed into a full screenplay, and then the fun really began. Filming took place at various locations on campus throughout January and February. The student crew handled the filming, lighting, sound, props, costumes, music and advertising. After the final “Cut!”, the footage was edited down into the movie which was then shown to the entire middle school student body on March 1st in the Ricketson Theater. (David Neale, MS/HS Film and Theater)

Watch The Magician’s Code below (current ASIJ families can also download it on ASIJ TV).