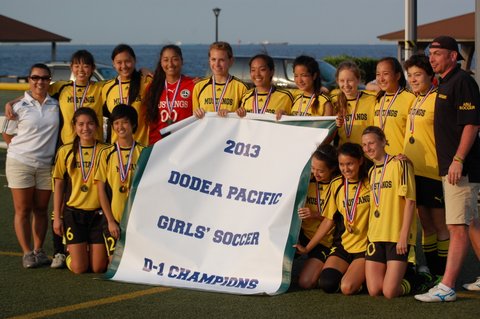 With 18 wins, 3 draws against no losses, ASIJ’s varsity girls’ soccer team capped off a remarkable season by winning the Far East Tournament championship conducted at Nile C. Kinnick High School.  The Mustangs defeated Kubasaki High School  2-0 in the final after a dramatic extra time 2-1 victory over Kinnick in the semi-finals.  Earning the Kanto League Championship and the ASIJ tournament championship, this year’s team is the first ever to capture all three titles in one season.

Remarkably, the junior varsity girls’ soccer team completed their season with a 13-0 record. Coach Timmy Jacobsson was instrumental in helping the teams get fit, and athletic trainer Iku Kano played a vital role in rehabilitation for key players. A special thanks goes to the entire Activities & Athletics Office staff, which includes Marianne Haneda and Coach Brian Kelley. The 36 players, half dozen student managers and coaches Nate Gildart (varsity) and Pete Vergel (junior varsity), treated our enthusiastic supporters to a season to remember. 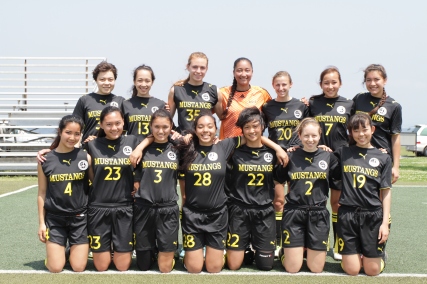 On June 6, the team met with US Ambassador to Japan John Roos, who congratulated them on their win