Robots from 24 teams from around the world descended on ASIJ’s Ricketson Theater  on November 15 – 16 to take part in this year’s VEX Robotics Competition. This was the fourth competition hosted by ASIJ and the largest year with middle and high school teams from Tokyo, Yokohama, Yokosuka, Osaka, Hawaii, Taipei, Foshan and Tianjing.

ASIJ’s Ninjbotics teams faced stiff competition from the visiting robots, but our team 901B ended the competition as joint tournament champions in an alliance with two of Foshan’s teams. The excellence award, which qualifies the winner to attend the VEX World Championship in California, was won by the 359A team from Waialua School from Hawaii. 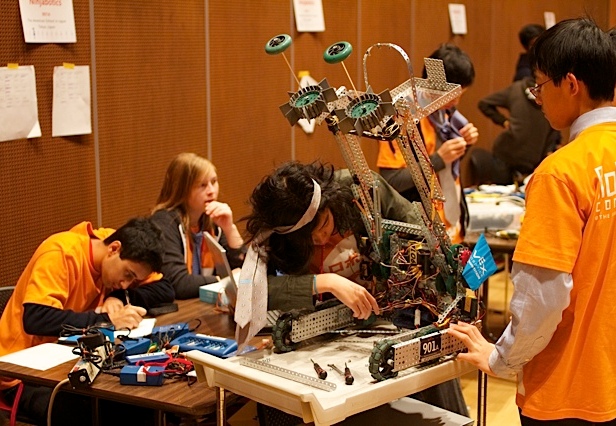 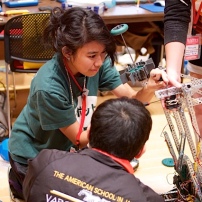 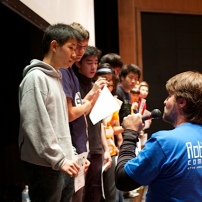 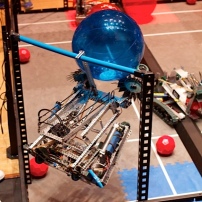 ASIJ’s 901A team took the Sportsmanship Award for their performance in the competition. The other Japanese teams to score awards were KAIS who took home the Build Award and Senri High School from Osaka, who took home the Judges Award. The two teams from Taipei American School put in a very strong showing during the tournament and were rewarded with the Programming Skills Award and Design Award.

For the first time, the competition this year was streamed live on ASIJ TV, allowing supporters in Hawaii and beyond to follow their team’s progress. The event is now archived so if you want to see our robots in action, head to http://tv.asij.ac.jp/. 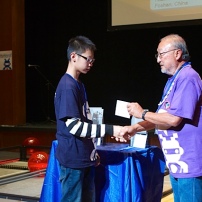 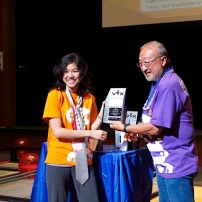 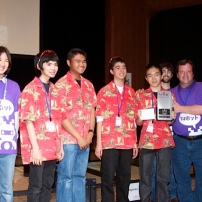 Thank you to all of the parents who supported the event by volunteering on the day and sending in baked goods. We would also like to thank Kawada Industries for demonstrating one of their robots at the event and supplying some goodies for the teams as well as Karyn Watt, Kevin Randell and the many faculty and staff who helped run the event.  (Matt Wilce, Director of Communications)