For the last three days of the first semester, the sixth graders explored Japanese culture through the Intermission program.

On Wednesday morning, we folded origami figures, created rhythm on taiko drums, played traditional games, and belted out karaoke before heading to the nearby Jindaiji temple.

At Jindaiji we enjoyed lunch in small groups, tasting the soba noodles for which Jindaiji is famous. We then explored the temple, including the pet cemetery, and spent some time painting colorful pottery figures. 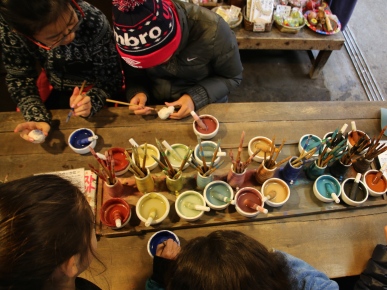 On Thursday, we headed off to five different activities, both off and on campus.

One group of students stayed on campus, taking part in activities dubbed “The Best of the Best” from previous intermission years. The morning was spent constructing beautiful washi boxes, and lunch was yakisoba cooked collaboratively in small groups. The day ended with Mr. Gibson sharing the history and legends of nearby Nogawa park. Another group of students also started the morning on campus, learning about animation and making their own short clips, before heading off to explore the famed Ghibli museum. 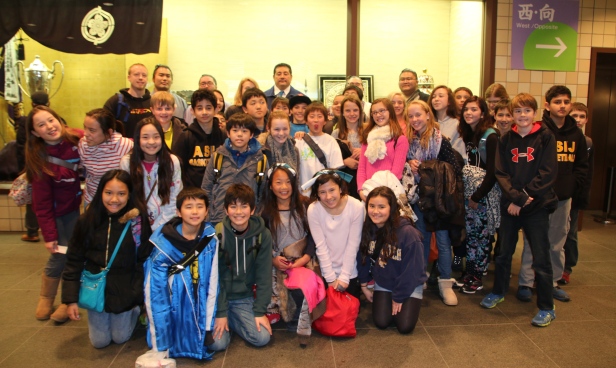 After a presentation by parent Ryan Goldstein about the sport of Sumo wrestling and the life of a sumo wrestler, the Sumo group headed down to Ryogoku Kokugikan stadium to watch the sumo tournament, and had the opportunity for a photo op with some sumo wrestlers.

Another group of artistic-minded students toured the Tokyo Kite museum, and used the inspiration to decorate their own kites. The final group of students spent the day making soba noodles from scratch, taking part in every step of the process before enjoying the results of their labor.

On Friday, the whole grade was back together for our annual exchange with Chofu-Daiichi middle school. In the morning, we were guests at the school and participated in student-run activities. In the afternoon, we it was our turn to lead activities. As always, it was a great way to end the Intermission experience! (Erin Wick, MS Math Teacher)