January 22, 2016May 17, 2016
Our varsity swim team kicked off the new year with a big win at the International School Manila’s (ISM) invitational varsity swim meet. Our boys division just beat out the Philippine Swim League boys team by two points and the girls division came in second place just under ISM, making our Mustangs the invitational champions and catching the eye of The Manila Times. 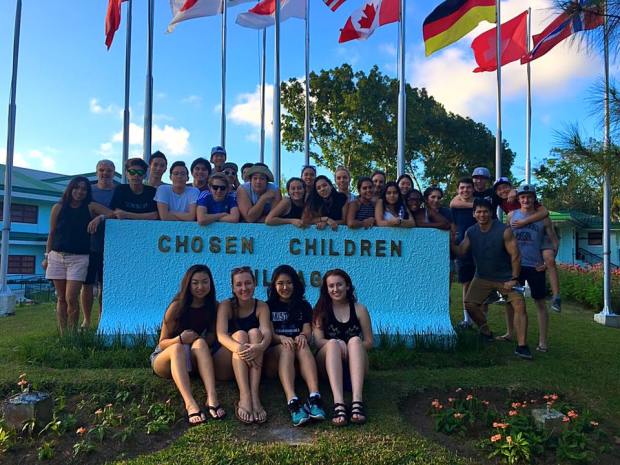 The swim team’s Philippines trip began on Thursday, January 13. Our swimmers participated in a service activity at the Chosen Children’s Village (CCV) by spending time with the children of all ages. Located in a rural province outside of Manila, the Chosen Children’s Village is a home for abandoned children who are mentally or physically challenged. The team had a volleyball tournament with the CCV teens followed by assisting with dinner for the toddlers and physically challenged children. The swim team also donated enough baby formula to last several months. 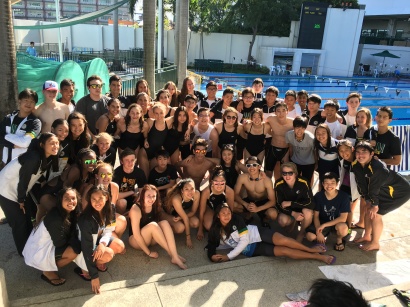 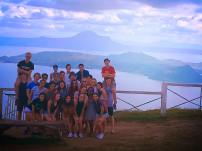 The following day’s activities included a friendly game of laser tag and a swim training exchange with our hosts at ISM. Each swimmer was paired off and sent on a  two-night homestay with an ISM family. Most of the hosts were members of the ISM varsity swim team. Our Mustangs were also invited to ISM’s premier high school event, The Battle of the Bands and many attended with their hosts. According to our swimmers, attending ISM’s The Battle of the Bands was one of the highlights of the trip outside of competition. ASIJ was even awarded “most spirited” members of the audience. 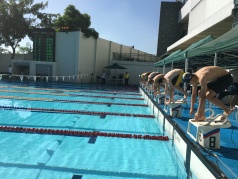 Saturday was game day. The invitational was an all-day high-level competition between five teams. In the end, Mustangs prevailed as the overall champions and brought home the Championship Cup. Congratulations to our Varsity Swim Team on their success. The opposing swimmers and teams at this meet made for a challenging level of competition, and it helped push our swimmers to work together as a team. (Lynn Loveman, Aquatics Director)