The visit was made possible through the support of the ASIJ athletic department and school leadership in conjunction with Mr. Ryan Goldstein (Current Parent) and the Hitachi Sunrockers basketball team. The event was held in hopes of growing our basketball community and developing player understanding in the middle school and high school. 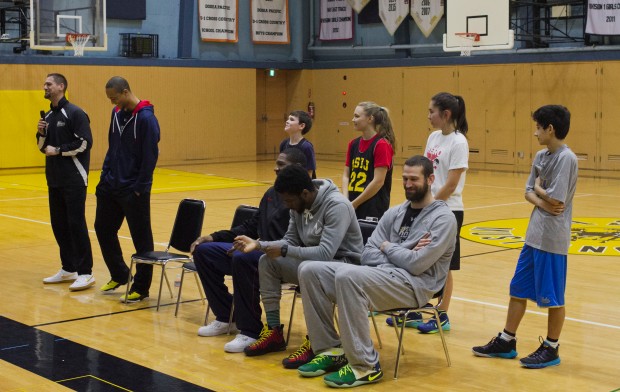 The event began with Mike Olson, the Sunrocker’s Head Coach, leading his team onto the high school basketball court to the cheers and support of our Mustang basketball players.

Coach Olson has coached in Japan for approximately 10 years. He was an assistant coach for several years in the Japanese Developmental League (D League) and was hired in 2013-14 as the head coach of the Tokyo Excellence who won the D-League championship that year. He was immediately recruited to the NBL with the Hitachi Sunrockers in 2014-15. In his first year, Coach Olson’s team won the Emperor’s Cup and had the best regular season record before exiting early in the playoffs. Now in his 2nd season, the Sunrockers are 16-9 halfway through a 55-game season. 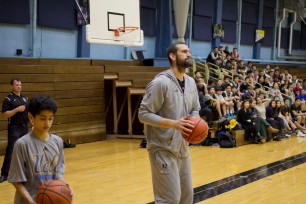 Center Josh Heytvelt was part of the 2009 NBA draft. He chose to accept a contract to play in Turkey. In Japan, he is one of the top players for his position in the league. He played Division I at Gonzaga University, was selected MVP of NBL last year and played in the All-Star game. 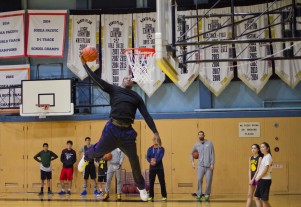 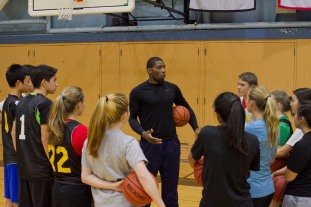 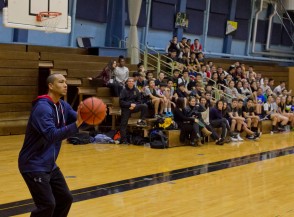 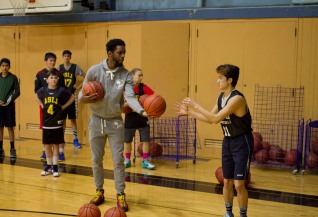 Guard Aki Chambers (left), entered the 2013 NBA draft after graduating from UC Merced in California. At UC Merced, he was selected Male Athlete of the Year and led the team in scoring with 21 points per game. In 2013, he was named Cal Pac Conference Player of the Year.

Guard Kevin Murphy (right) played for Tennessee Tech and was the only player in 2011-12 Division I men’s basketball to score 50 points in a single game. Kevin was selected 47th overall in the 2012 NBA draft by the Utah Jazz. 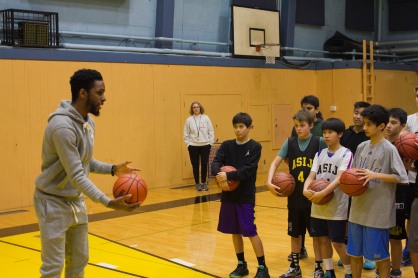 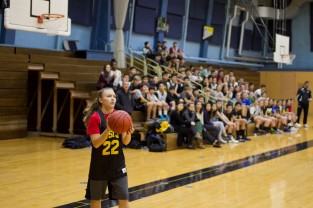 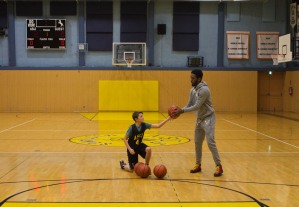 Coach Olson and his team spoke to the students regarding hard work, discipline and the qualities needed to reach their current levels. The players also fielded questions from the students and ASIJ coaches before showing off their skills in a 3-point shooting and dunk contest. The players wrapped up the visit by running some drills with the girls’ teams and signing autographs. (Bob Baca, MS Basketball Coach)

For more information on the Hitachi Sunrockers, check out their website.