From September 26-30, eighth graders faced both individual and team challenges during their Outward Bound experience. They took buses to the Kangakuen Camp at Lake Sai near the base of Mt. Fuji and participated in challenges that included cooking their own meals over campfires, rock climbing, orienteering, raft building and maneuvering their team over a 15 foot wall. Seven students reflect on the trip.

During Lake Sai, my team and I faced many challenges. As many of the activities we partook in during Lake Sai were physical group challenges, we all had to incorporate each person’s talents, attributes and limits when facing a challenge that we had to overcome as a group. The most important thing I learned about working as a group is communication. 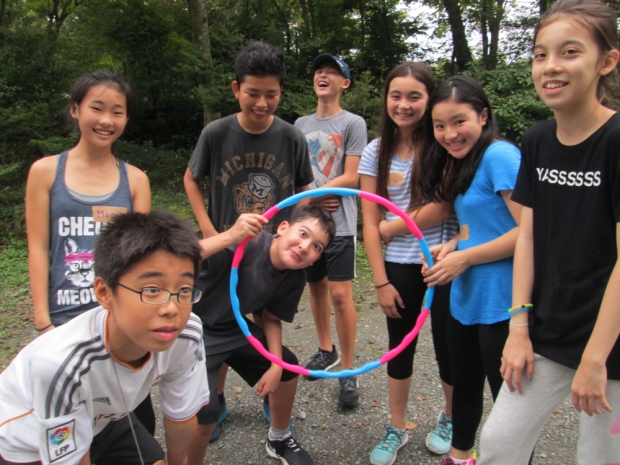 This to me is especially important as communication is one of the most important factors in many fields, such as a team sport or even a group project. No one can suddenly change their abilities or qualities during an activity or challenge, so the most important thing is communicating your condition and limits, and to have others recognize them and come to the realization that you can’t change yourself to fit a certain role or mold. You need to be able to utilize the abilities of the group and the individual, to reach an end-goal. This directly correlates to a group challenge, you can’t change a person into the person you need to solve a problem or accomplish a challenge, but you can accommodate for them, understand who they are and utilize their abilities and skills to rise to the challenge. 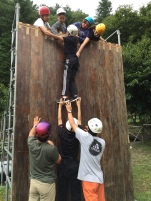 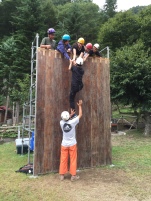 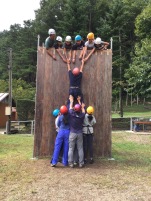 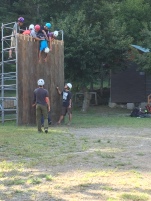 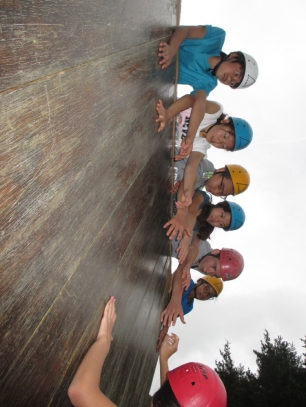 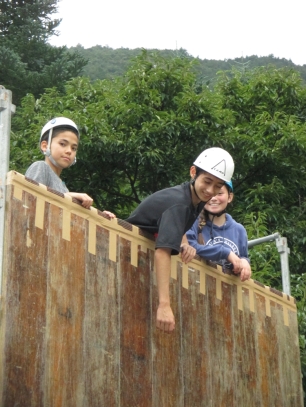 Through the challenge I learned that you can accomplish a lot more as a team than you can individually. Alone, I definitely wouldn’t have made it over but together, while it was fairly difficult, we were able to climb the wall. We also had to learn to trust each other, as when we lowered someone down, that person had to trust us not to let go. We grew a lot as a team as during this challenge we learned what each team member was good at. We became more comfortable with each other as teammates, classmates and friends, and I feel like everyone in our group is even closer after returning from Lake Sai. 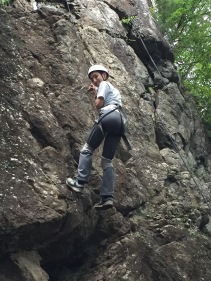 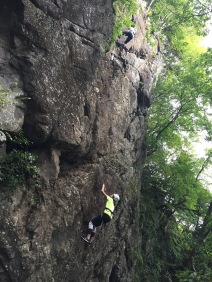 I thought that the rock climbing was the hardest part at Lake Sai because I have a fear of heights, but I fought through the pain. I also thought that accepting other’s ideas was hard. This is because when I think of something, I go for it. But, when I have to let other people’s opinions actually come to thought, that took me in the groan zone. After Lake Sai I learned how to better consider people’s ideas. Everyone needs a chance to say what they want to say and two heads are often better than one. I think that everyone in my activity group learned that teamwork does actually make the dream work because there were times when people thought that no one could do the wall by themselves. They need a team or a group with good communication, sympathy, acceptance and never giving up.

The spider challenge was, in my opinion, the most demanding challenge of them all. While the wall required strength and teamwork and the orienteering challenge required astute observation, the spider obstacle required the utmost precision and communication. In order to overcome the spider obstacle, each group needed to get every team member on the other side of a net without touching it. Once one person had used a hole, it couldn’t be used again. 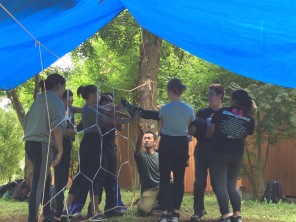 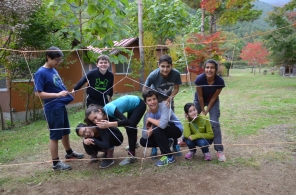 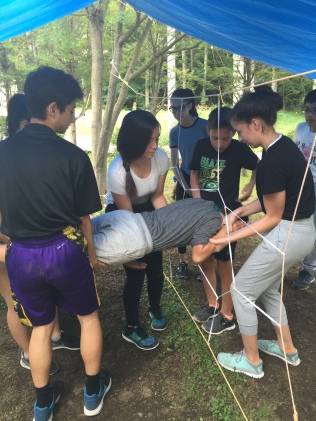 It was during the spider obstacle that I learned that you can’t do everything alone, no matter how intelligent, charismatic or strong you are. Up until that point, I had been the de facto leader. If I alone had been directing my group’s actions, we would have failed many times over. Stepping back allowed my group to come up with more ideas and, in turn, more chances at success. At first I was skeptical of my teammate’s ideas, but I soon realized that I should value their input more and sooner. While we didn’t complete the challenge in time, I believe that the outcome—becoming more in sync as a team, not a dictatorship—was absolutely worth it.

Going to a new place with new people and new tasks, it’s not easy and definitely not comforting at first. What is true teamwork? That was something we had to learn and it’s not a lesson that can be taught easily. Getting up in the morning, starting a fire, preparing meals of all types of foods, these were big problems we had trouble with. Climbing a rock wall should be easy, right? Not at all. We were faced with new and more difficult challenges every day. Getting out of the groan zone was not the slightest bit easy. 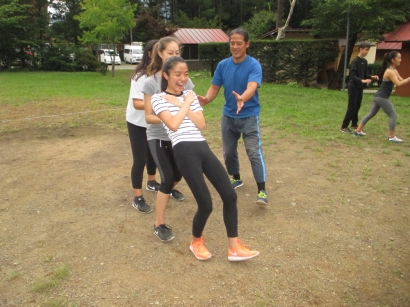 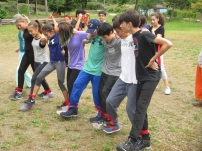 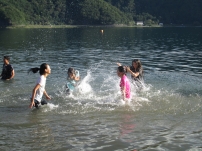 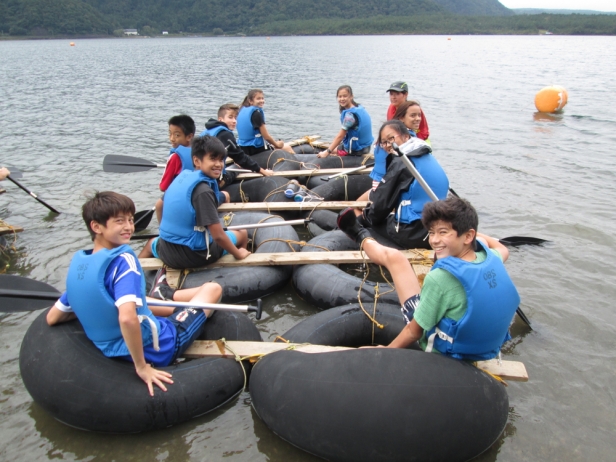 When I heard that most of the activities were in groups, I thought that Lake Sai wouldn’t be fun because I’m a quiet person that does a lot of stuff individually. Another challenge was that the people in my group were people I usually never talked to or did stuff with, which motivated me to get along with them and work as a team. I learned that if I’m not so quiet I could make more friends and get along better. I grew as an individual because before I was a person that was quiet and would just talk to people in my group of friends, but since Lake Sai I have become a bit more social. I made more friends and it was a memorable experience that I won’t forget for a long time.

Before I got to Lake Sai, I thought that it was going to be terrible. As a 13-year-old girl with asthma, I thought that it would be hard to do lots of physical activity, but my asthma actually made me want to work harder. Luckily the majority of the challenges did not include lots of running or walking up things but when it came to rock climbing I had no idea what was to come.

The moment we started walking I wanted to stop, and once we started going up the mountain my steps started getting slower. At the beginning of the hike I was in the front of the line, but I gradually started to fall behind. When my group and the other group split up and kept walking, it just felt like we were going straight up; it was so steep and I couldn’t walk. My group continued walking but I finally spoke out and asked to stop. I could finally catch my breath and at this moment I was practically panting. But once we actually got up to the rock site I realized that I did not stop, I took only one break. I didn’t give up and I conquered something that I hate with the help of my friends. My outcome for this was that I need to keep moving forward, life won’t give you breaks and no matter how long you go, you will always get your goal. And sometimes, after all of the things life will throw at you, it will give you benefits, so thanks Lake Sai for giving me great calves!