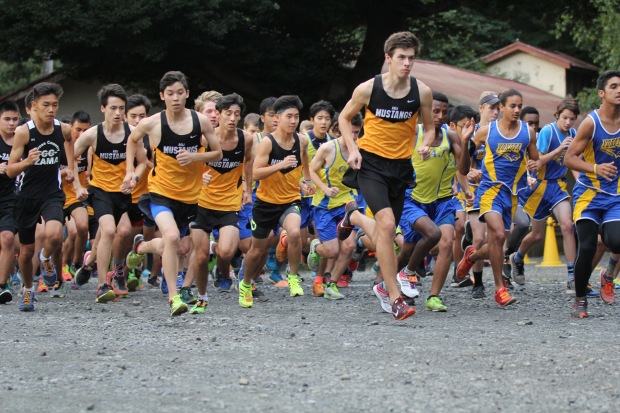 The Mustang boys and girls cross country teams concluded another strong season in 2016 with numerous accomplishments and stories to remember. Both teams defended their titles as Kanto League and Asia Pacific Invitational champions, but faced new challenges at the Far East Championships. 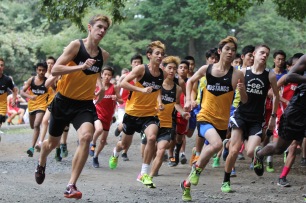 The boys team, led by a senior captain Ryan Nishida, entered the 2016 season aspiring to continue a three-year streak of undefeated seasons. After steady performances in the first three races, the first challenge of the season came on September 29 in the match-up against St. Mary’s International School. Both teams ran strong and the Mustang boys edged-out a 26-29 victory. Ryan Nishida won the overall race with a new personal best of 14:58.5. Ryan, who broke the 15 minute barrier for the first time two years ago, is one of only seven runners to ever complete the 4,417m course at Tama Hills in under 15 minutes—a major milestone in the Kanto League. The victory against St. Mary’s secured the Mustang boys to defend the Kanto League title.

The September 29 meet was also an important race for the girls team, as they competed in a match-up against another powerhouse in the league, Seisen International School. Our senior captain, Lisa Watanuki, ran away from the pack from the start and finished the 3,305m race with a time of 12:48.3, breaking the old school record set by Sara Kelsch in 1993. Other ASIJ runners also competed well and secured the league title with a victory against Seisen. Both boys and girls were ready for the Asian Pacific Invitational in Guam on October 14 and 15.

The Asia Pacific Invitational in Guam is a two-day meet consisting of individual races and coed team relays. On the first day, both our boys and girls teams won their races. Ryan and Lisa captured individual titles and seniors Britt Sease (3rd place), Luke Rogan (9th place) and Mark Nishida (13th place) were among the other top 15 finishers. On the girl’s side, freshman Stephanie Eristoff also finished in the top 15 (12th place). Mustang runners won the coed relay event on day two and brought home the overall school championships as well. 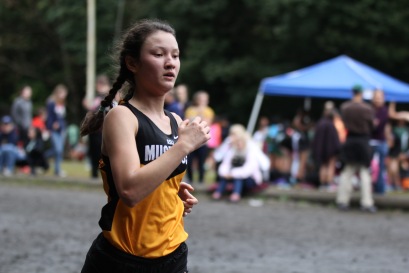 The 2016 Kanto League Finals on October 29 was another exciting day for the Mustang runners. St. Mary’s runners had very strong races the week before the Kanto Finals. Based on their new season bests, St. Mary’s would have beaten our boys team by over 10 points at the Kanto Finals. As predicted, the Kanto Finals boys race was a tight competition between ASIJ and St. Mary’s with a final score of 52-53. The Mustang boys defeated St. Mary’s by one point and defended their title as Kanto Finals champion. Our girls team also faced quite a challenge, but won with an 8 point lead over the second place team, Sacred Heart. The Kanto Finals was the last Tama Hills race for our senior runners. Lisa Watanuki concluded her last Tama Hills race with a new Kanto League high school record, clocking 12:27.4 on the course. Throughout her four years of high school cross country seasons, Lisa broke her personal best in every single race except one in her freshman year. No other ASIJ runner has ever achieved such accomplishment.

The last race of the season took place at the Far East Championships in Misawa, Aomori. Both teams went there to continue their undefeated season. Lisa Watanuki won the girls 5km race with a 1:05 lead over the second place runner. The other Mustang runners had solid races, especially senior Eliza L’Heureux, who improved her 5km best by almost 2 minutes, but the Kadena girls had a better day,  winning the girls team title. On the boy’s side, Ryan Nishida led most of the race, but suffered from a severe asthma attack towards the end. He still fought and crawled to the finish line. Ryan, whose talent and gift are often remarked upon by various coaches in the league, will continue his running career in college. Junior Declan Falls, who joined the cross country team in the 2016 season, stepped up and finished first among ASIJ runners and 8th place overall. Senior Luke Rogan also finished in the top 10 at 10th place. The boys team finished 4th overall, their first loss since 2013. Key members of our cross country team are graduating this year, but underclassmen are already training hard to continue to build a strong cross country program for next year.

If you would like to see more on the year’s track season, check out our last post on one of our runners, Senior Britt Sease Signs for Arkansas, or watch the season highlight video, produced by senior Kotoha Katsuda.