Once upon a time, in the land of Far, Far, Away in the province of Duloc a middle school adventure began in a swamp inhibited by an ogre named Shrek and invaded by a group of fairy tale characters who were forced to leave their homes because they did not quite fit in… 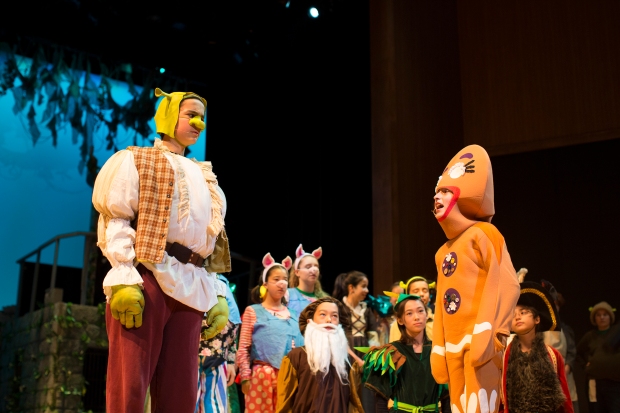 On November 9, 10 and 11 the middle school musical cast and crew presented Shrek the Musical, Jr. to sold-out crowds. The enthusiastic and talented cast included students in grades six through eight, who entertained audiences with humor filled acting, singing and dancing. 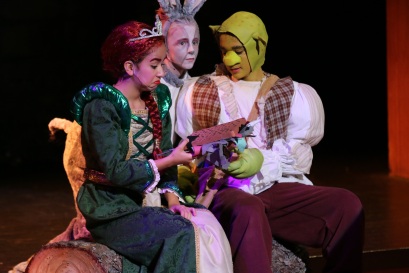 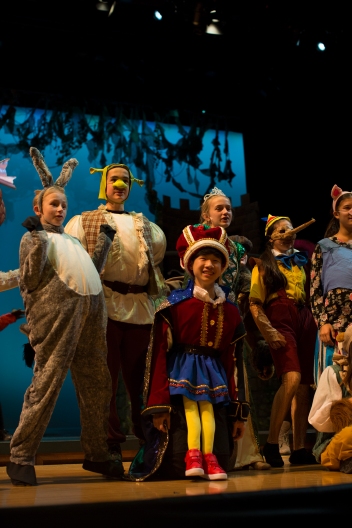 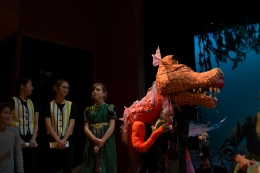 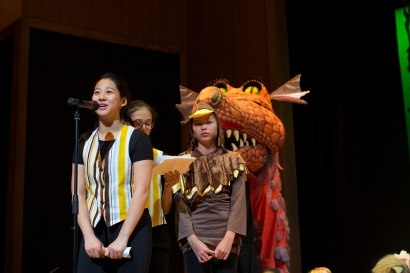 Once Shrek rescued Fiona audiences found out they may have a few things in common—including Fiona’s curse, which turns her into an ogre at night. Laughs and fun were had as the fairy tale creatures including Pinocchio (Mari Ishii, grade 8) and Gingy (Katherine Mendoza, grade 6) taught Shrek about being himself and taking on Lord Farquaad to win Fiona’s heart and learn that love is not “only true in fairy tales”. 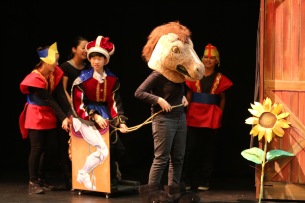 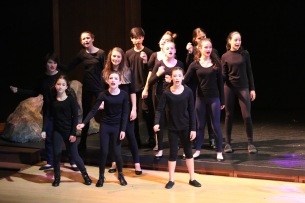 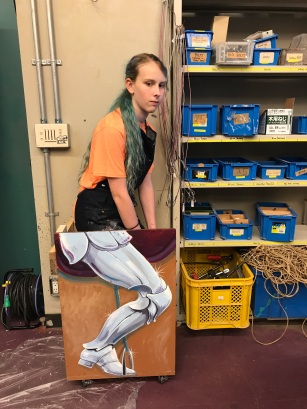 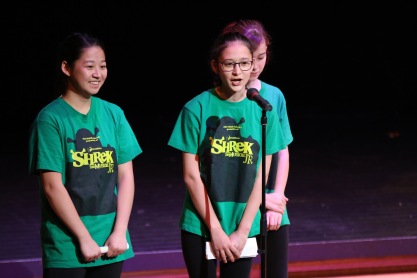 A special thanks goes to Anita Gesling (middle school teacher) for organizing the front of house and ticket sales, and Friends of the Fine Arts (FOFA) for help with concessions, supervision and many production details, especially our FOFA representatives Ikuko Schrepfer and Mayuko Kanai. 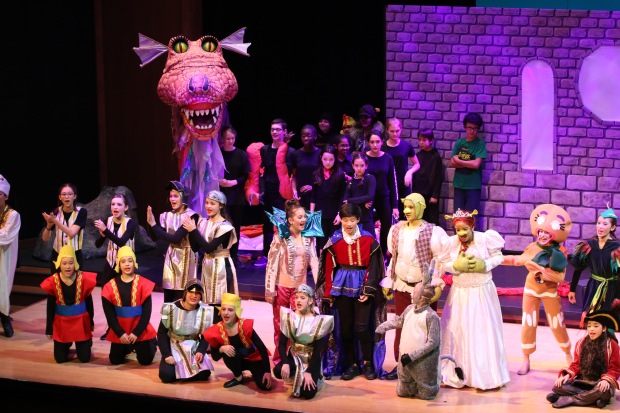 On behalf of the whole team, I would like thank our wonderful audiences and support from the middle school team. We hope you left as “believers” and are able to let your own “freak flag fly”. If you missed Shrek the Musical, Jr. or would like to revisit the show, you can view the performance on ASIJ TV.