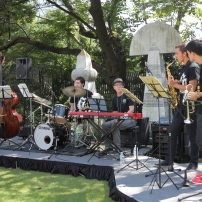 Jazz Band is having a great year so far! The Jazz Combo started early in the fall, performing at the Australian Embassy for the Family Day Picnic, at Tokyo American Club for the annual art show of the College Women’s Association of Japan and to open the assembly presented by ASIJ parent and guest speaker William H. Saito.

In October, ten Jazz Band and two Vocal Jazz Ensemble students headed to Beijing with Randy Wanless and Julianne Bosch to the AMIS Honor Jazz Festival for a week filled with intense rehearsals, a bit of sightseeing and two final performances. 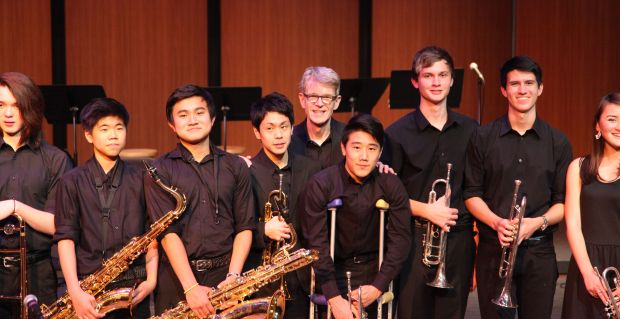 Jazz Band presented concerts and assemblies on campus in November and January. The January concert featured guest trumpet artist Takahiro Ninomiya playing with the Jazz Band and in his solo version of “Over the Rainbow.” Both concerts may be viewed and/or downloaded at ASIJ TV.

The Combo performed downtown in December for Corning’s Christmas party, at the Conrad Hotel in January for the Australia Day Ball, at the Cerulean Tower Shibuya for Mylan’s Corporate Reception and as the only high school invited to perform at the Nakanobu Jazz Festival in February. These real-world engagements are invaluable for the growth of our students. 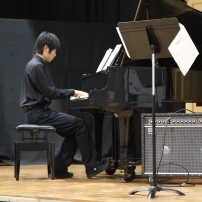 The Jazz Band then jumped on a bus and headed to St. Mary’s on January 28th for this year’s Kanto Jazz Fest, where we entered in two combo categories and performed together as a Big Band. We learned so much from the comments of the professional adjudicators and from their quartet performance, which capped off a great day.

Videos of these performances can be viewed at our Vimeo Early Fall Jazz Channel.

We would like to thank Tai Dirkse for taking care of us during off-campus performances and for advising the excellent ASIJ TV crew here on campus. (Randy Wanless, Instrumental Music and Jazz Teacher) 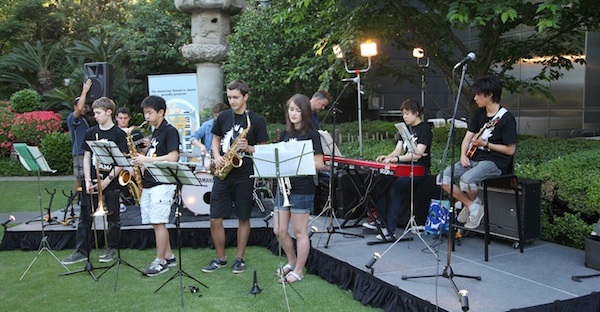 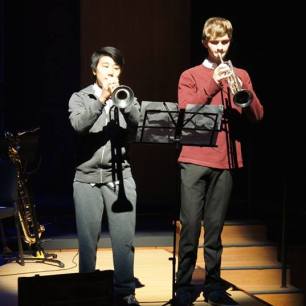 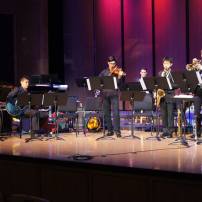 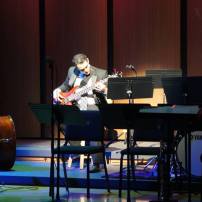 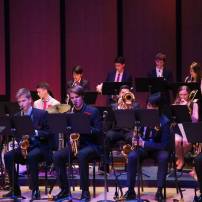 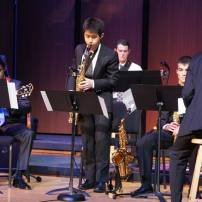 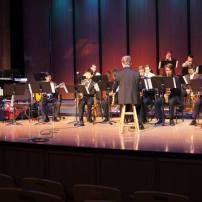 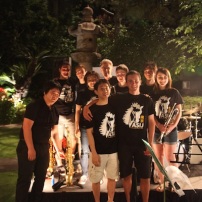 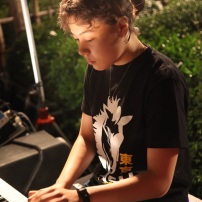 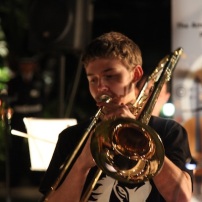 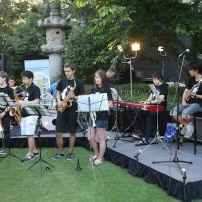 Saturday, March 8 the Jazz Band and Dance Crew packed up the bus and headed downtown to set up, sound-check, and perform at this year’s Gala. Jazz Combos played eleven pieces during the opening reception and the full Jazz Band drew the revellers into the ballroom to the strains for two sets of Big Band Swing. Taro Hyodo wowed the audience as he sang Zoot Suit Riot and Every Day I Have the Blues. The climax of the performance featured the ASIJ Dance Crew with the full band in Sing, Sing, Sing. (Randy Wanless, HS Music) 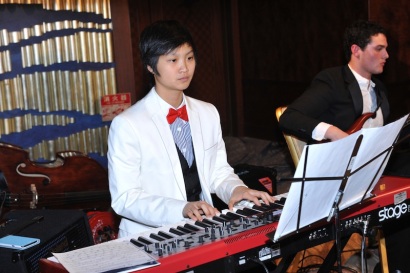 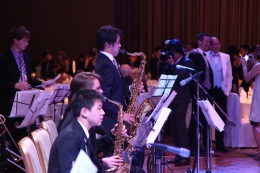 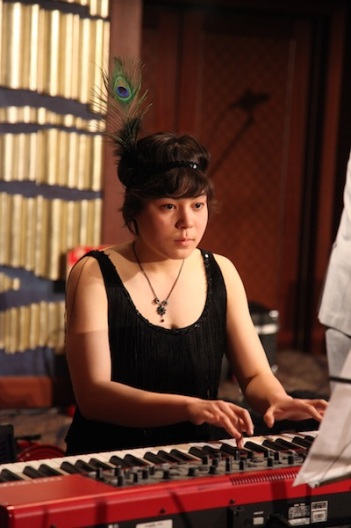 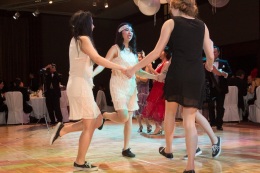 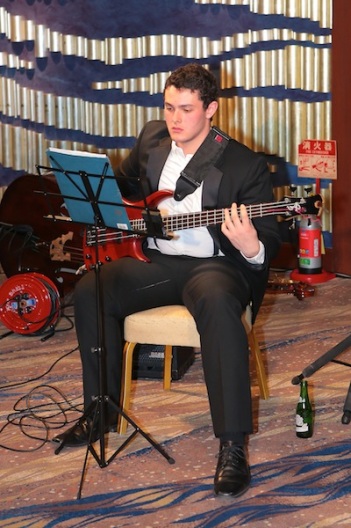 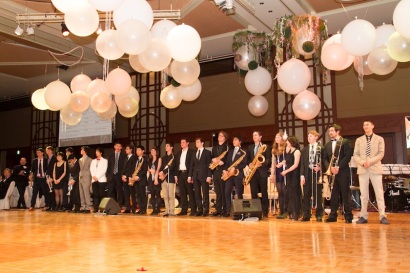 The ASIJ Jazz Band and combos have been playing around town! We’ve had a very busy fall, with the chance to play for some very special groups from universities to an event welcoming the new US Ambassador. 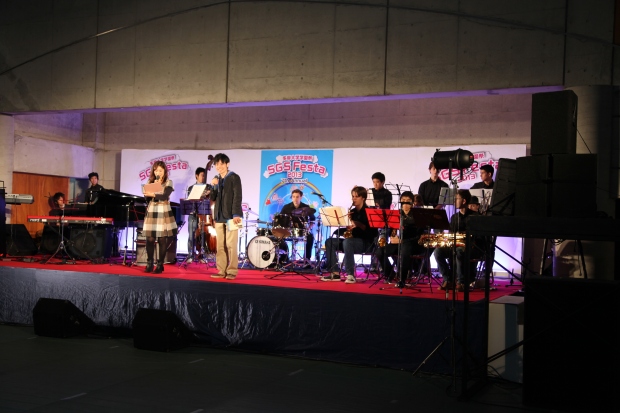 Wednesday, October 19, one of our combos entertained at the opening of the College Women’s Association of Japan’s annual art show (see video below). Saturday, November 2 the Jazz Band performed at Tama University for their annual fall festival. Then on November 20 one of our combos enjoyed playing for ASIJ’s Board of Trustees Annual meeting. Following this, on November 30 another combo played for the American Chamber of Commerce of Japan at Tokyo American Club, where they had the honor of performing for the new US Ambassador to Japan, Caroline Kennedy.

Being able to perform at a variety of venues for such different audiences has been a great opportunity for all of the students in the band. (Randy Wanless, MS/HS Instrumental Music)

During the first week of October eleven talented ASIJ Jazz Band students traveled with Randy Wanless to the AMIS HS Jazz Festival, hosted this year by Zurich International School. The 28 members of the band, chosen through blind auditions, represented twelve schools.
Students were fortunate to have one day of sight seeing and chocolate tasting before moving to the homes of their host families for a week of intense rehearsing, culminating in a Friday evening Combo Concert and the Saturday evening Final Concert. (Randy Wanless, HS Music)

Below you can watch the AMIS Combo I’s performance of their own arrangement of Seven Steps to Heaven. The performers are Aman, Yuri, John, and Ryo from ASIJ, with our friend Jay from Bucharest.