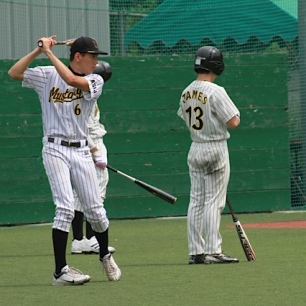 ASIJ’s Baseball team successfully defended their Kanto league title again this year, reigning as 2013 champions, and proved itself to be one of ASIJ’s most talented teams ever. Each team member brought a sense of passion and enjoyment to the game. The senior players aptly nicknamed varsity baseball a “team of friends.” This year’s team evolved into one of 23 players, ranging from freshman to seniors.  The energy the players took to the task and their love of the game was contagious and positive every day of the season.

Ending with a 22-4 record, the only disappointment was a tough 1-0 loss to Kubasaki High School in the Far East Semi-finals  (earlier this season ASIJ defeated Kubasaki by the same score). A highlight of the season was ASIJ hosting six Far East games on May 23 for an all-day tournament.  The Mustangs were victorious in all three of their contests in front of an enthusiastic school community. Celebrating their season one last time, the team stayed after school to enjoy a game of Whacko-ball played in full costume dress—a team of friends having one last round of fun together. (Brian Kelley, Director of Activities & Athletics) 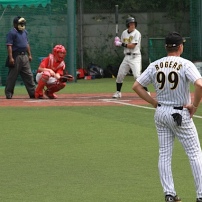 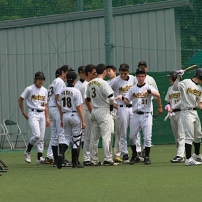