Middle school students recently wrapped up another year of Intermission, during which sixth grade students spent the first three days of February exploring Japanese culture through activities both on campus and out in Tokyo. 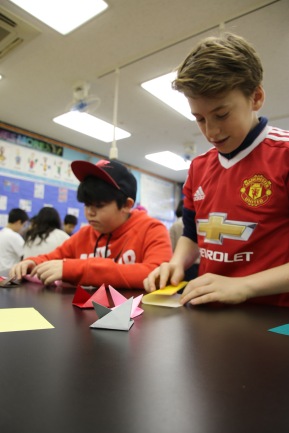 The morning of Monday, February 1 began with a masterclass in origami folding, taiko drumming and traditional games, followed by a fantastic and interactive Nihon Buyo performance by the Hanayagi Nihon Buyo masters. Students and faculty seized the opportunity to learn Nihon Buyo’s traditional dance style.

We then headed out to nearby Jindaij temple, where we enjoyed the area’s famous soba noodles. Lunch was followed by a scavenger hunt, exploring temple grounds in search of specific items to photograph as well as in search of answers to a list of pre-prepared questions. Winding-down from all the outdoor activities, we also took a break to paint colorful pieces of pottery. 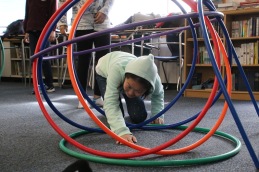 Tuesday was our annual exchange with the Chofu-Daiichi middle school. In the morning, we were guests at their school and participated in a variety of student-run activities. It was then our turn, in the afternoon, to lead activities ranging from Pictionary, to kickball, to a marble-rolling team challenge.

On Wednesday, our final day, we split up and set out for five different group activities throughout Tokyo.

Team Takao travelled to nearby Mount Takao and, with only a little help from the cable car, hiked to the summit to enjoy the views. After returning to the foot of the mountain, they explored the visual illusions at the Trick Art Museum.

The second group learned a bit about the Toshiba company and their innovations for the future before going to the Toshiba Science Museum in Kawasaki. The museum has lots of fascinating displays and hands-on experiences to explore; the demonstration of superconductor technology and the static electricity experience were definite highlights. 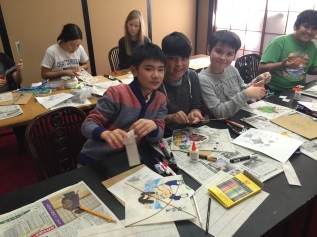 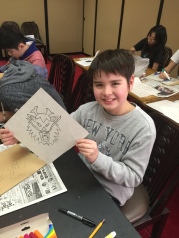 The Kite group headed to the Kite Museum in Nihonbashi where they were inspired by the variety of beautiful kites on display. The next step was to design and paint their own kites before assembling them, ready to take home and fly.

Team Soba travelled to Edo-Tokyo Soba, where they spent the day making soba noodles from scratch. They completed all the steps of the process, from making and rolling the dough to cutting the noodles, before enjoying the fruits of their labor.

The final group, focused on Ghibli Animation, started their morning on campus learning a bit about animation and creating stop-motion films of their own. The afternoon was spent at the famed Ghibli Museum nearby in Mitaka, where students looked for interesting information and enjoyed the exhibits. (Erin Wick, MS Math Teacher)