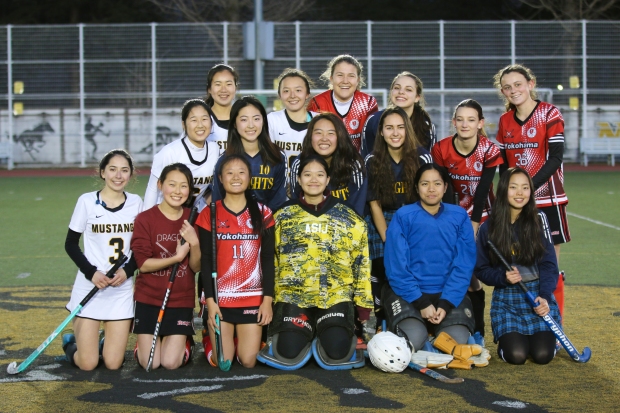 Our ASIJ varsity field hockey girls finished the winter season as proud winners of the Kanto Plains Tournament Trophy. This year our hockey girls decided to reinstate a long-lost Kanto Plains hockey tradition of pulling together an All-Star team of the best players from the varsity hockey league to play against the talented Japanese Seijo High School team. 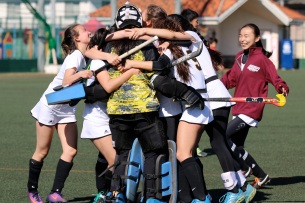 On Tuesday, February 14, the Kanto Plains All-Star team consisting of players from ASIJ, Christian Academy Japan and Yokohama International School squared off against Seijo and came away with a win. The match provided a beautiful insight into the maturity, collaborative spirit and connectedness embodied by the girls from all the schools. A mere eight days earlier these girls had been zealously competing against each other for a trophy, but their fluid switch from opponents to teammates left a positive impression on all participating coaches and parents. The All-Star match is a tradition we hope to continue long into our future.