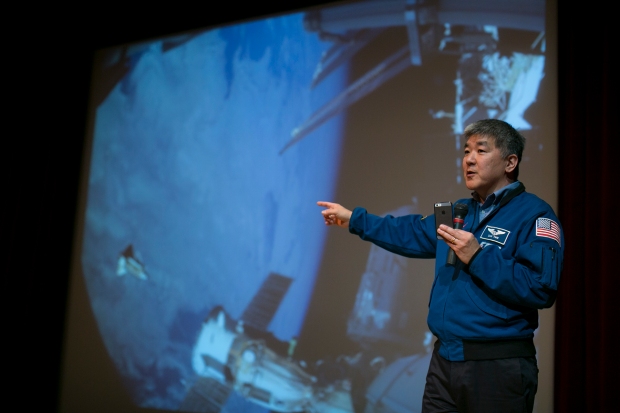 As a former astronaut, I had the pleasure of sharing my experience, stories and perspectives to many in the ASIJ community during Space Week. Throughout the week, I visited with the kindergarten classes, gave presentations for elementary students in grades 2-5 as well as for middle and high school students. I also took the opportunity to speak with visiting students and faculty from Tokyo Tech High School, as part of our ongoing partnership. 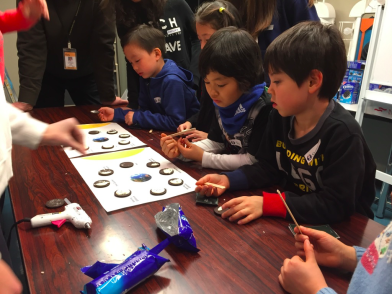 The first-graders and their eighth-grade buddies explored the solar system as they visited and interacted with a model of the sun, earth and moon that we set up in the Black Box theater. Through the model, they learned about how the earth’s rotation causes day and night cycles, and how the rotation around the sun creates the seasons. They were able to see first-hand how the phases of the moon are observed from earth. The students even created a moon-phase map using cookies! 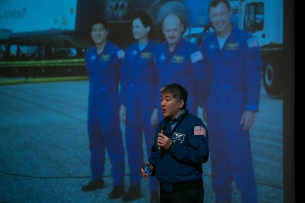 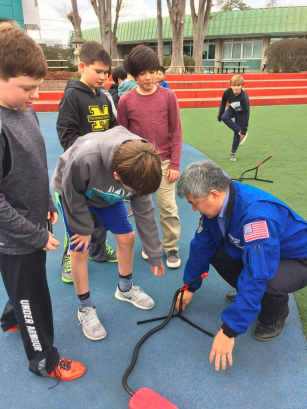 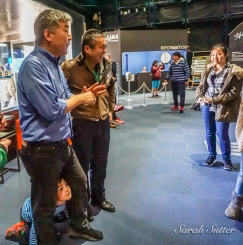 Finally, the Space Club sponsored a tour ofThe Japan Aerospace Exploration Agency facility at Tsukuba, outside of Tokyo. A group of about 30 students, teachers and parents explored the public exhibit hall—inspecting rockets, satellites, spacesuits and even space station modules before going on a tour inside the space center to view astronaut training facilities and the mission control room for the Japanese experiment model in the space station. The highlight of the tour was our tour guide, veteran Japanese astronaut Koichi Wakata, who generously volunteered his time to personally show us around the space center.